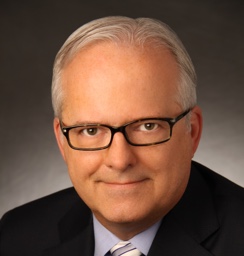 Mark Shearer is Executive Vice President, Pitney Bowes. Since April 2013 he has led Global SMB Solutions, the core business of Pitney Bowes focused on shipping, mailing & commerce solutions for the small and medium-sized marketplace. Mark has announced he will retire in Q1 of 2018. He will remain at Pitney Bowes to support the transition and ensure the successful global rollout of the Pitney Bowes SendPro C-Series family of products and solutions.

Before joining Pitney Bowes, Mark had a distinguished 30-year career at IBM, during which he served in numerous leadership roles for global markets and product lines. Early in his tenure, he led IBM’s worldwide sales relationships for major banks headquartered in New York City, and then moved to Tokyo to lead a $1 billion business focused on telecommunications and media companies in the Asia-Pacific region. Other executive roles included General Manager of Small and Medium Business Services and General Manager of the System I business, a $2 billion segment with more than 100,000 customers around the world.

Mark earned his undergraduate degree in Economics from Princeton University. He supports the Berkshire Taconic Community Foundation and serves on the Board of Trustees for the Scoville Memorial Library.