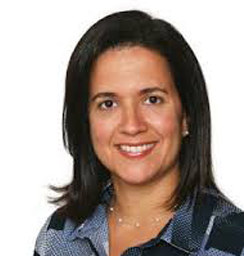 Ana Chadwick is Executive Vice President and Chief Financial Officer at Pitney Bowes, responsible for the financial operations of the company on a global basis, which includes the treasury, audit, investor relations, and tax functions.

Ana received her Bachelor of Arts degree in Economics from The American University in Washington, DC in 1993. She is a former member of both GE’s Hispanic Forum and Women’s Network. She serves on the board of the Norwalk Community College (NCC) Foundation where she also mentors and dedicates time to strengthen NCC’s Career Services.