This month on the Returnament, we kick off round one by presenting BOXpoll respondents with a hypothetical online order they want to return and asking them to select “winners” of four different matchups. Criteria for the “winner” of each matchup is based on which method would make them more likely keep the online purchase instead of returning it (hello, friction!), but not so much friction that they’d hold a grudge against the retailer and never shop with them again.

Unscheduled pickup wins the first matchup by a slim margin among most consumers, and a larger margin with Gen Z.

The slim difference between demographics is puzzling, given findings from previous BOXpoll surveys that revelealed where consumers live and what they spend heavily influences returns preferences. For example, higher-spending, more-urban consumers prefer home pickup while consumers who live in suburban areas and have a lower-average order value don’t mind (or can only use) returns drop-off. Because of differences in preference regarding home pickup generally, we expected to see these groups give different responses to the two types of pickups when it comes to friction.

While we weren’t surprised to see a 50-50 split on pickup options from groups that would much rather drop off a return than do any type of pickup (suburban shoppers and those with household incomes under 50k), we did expect to see bigger margins among those who use home pickup more often (urban and higher-income shoppers).

Our hypothesis: those who already prefer home pickup also prefer scheduled pickup, but being forced to use their second choice doesn’t feel like much of an obstacle. Meanwhile, people who rarely or never use home pickup find both options taxing and have trouble selecting which one.

When it comes to carrier drop-off locations, the post office wins solidly as “the best balance of friction and convenience” against its two biggest competitors. While the post office was ranked as the most-preferred drop-off location in our previous surveys—and with 34,000+ USPS locations equating to more than other carrier locations combined, that shouldn’t come as a surprise—the fact that Amazon/UPS locations offer conveniences such as packageless returns may be the gap that introduces just enough friction here.

UPS came in second, though, earning a significant share of the vote from suburban consumers schlepping packages to their closest strip mall, and tying with the post office among those with household incomes over $100K.

When posed against package locker returns, unstaffed dropboxes are a clear returns deterrent. We suspect this has more to do with labels & printers than anything else. While less common and therefore less accessible than dropboxes, many lockers offer label-less returns. That’s a notable convenience for consumers, more than half of whom say they don’t have a printer or don’t use it to print shipping labels.

The alternative of printing a label and squeezing a package into the narrow slot of a blue, brown or purple dropbox has more consumers likely to give up on the return entirely.

The method to the Returnament madness

We award a maximum of 1 point per return option in each matchup. First place winners earn 1 point. If multiple options are tied for top-ranked value, the winning options are awarded 1 point. If all options in a matchup are statistically tied, all contenders win 1 point. Second place options earn 0.5 point, while last place options earn no points. At the end of each round, we tally the points for each method (shown in the WIN column) against the number of Returnament matchups it has competed in (shown in the TTL column). 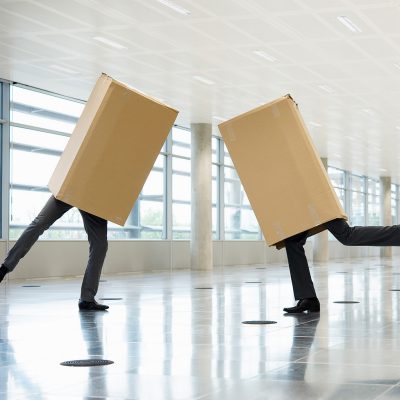 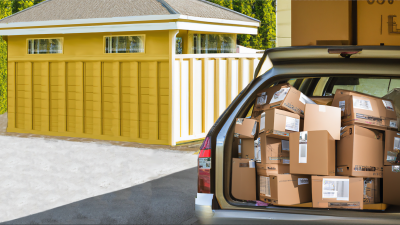 Your customers’ growing procrastination is costing you
01/12/23 BOXpoll
Welcome aboard.

Get the BOXpoll scoop
Pitney Bowes is surveying consumers on a wide variety of ecommerce topics each and every week, and publishing the best of our findings on pb.com every month.
Loading form content…