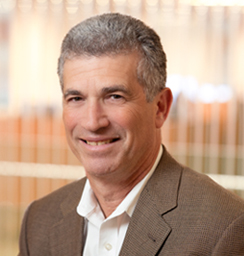 Dan Goldstein is Executive Vice President and Chief Legal Officer and Corporate Secretary at Pitney Bowes Inc. In this role, he is responsible for a wide range of corporate functions including legal, intellectual property, governance, ethics, compliance, environment, and health & safety.

Dan rejoined Pitney Bowes in 2010 after having served as Senior Vice President and General Counsel for GAF Materials Corporation, and International Specialty Products, ISP Minerals. These entities are in the manufacturing, chemicals and mining industries.  He was the lead attorney for this group of commonly owned, privately held companies.

Before joining GAF, Dan held leadership roles in the Pitney Bowes legal organization.  He joined Pitney Bowes in 1999 as Associate General Counsel and was appointed Vice President, Deputy General Counsel, in 2005, where he directed major commercial litigations, advised senior management and the Board of Directors on legal matters, and supervised commercial lawyers.

Earlier in his career, Dan held legal management roles with the United States Securities and Exchange Commission’s Division of Enforcement in the Northeast Regional Office.  As Branch Chief and Assistant Regional Director, he directed investigations and litigations related to securities law violations.

Before that, he had been a Litigation Associate at the law firm of Debevoise & Plimpton and was Law Clerk to the Hon. Caleb M. Wright, a federal judge.